Numerous tragic events mark the history of the 20th century. Both world wars, the Holocaust, and one civil war after another in Europe left not only a traumatized society, but also numerous places in cities and in the countryside that had been witness to human suffering. At the beginning of the 21st century, the memories of many of these tragic events are still alive. The traumas of the past are regularly commemorated publicly, and this often happens exactly where the past events took place.

Over time, though, these places change forms. Places of trauma succumb to transformations in society and changing views of the past. Exploring these places can therefore reveal all sorts of things about the state of society and how the image of the past has changed. And more than anywhere else, these images transform in places where the course of the 20th century saw numerous regime changes.

The countries of southeastern Europe without a doubt belong in this category. Centuries as part of the Habsburg monarchy and the Ottoman Empire ended with the First World War. Yugoslavia appeared on the map for the first time after that, although of course not for long. The Second World War paved the way for the creation of the fascist state led by the Croatian Ustaše and the Nazi occupation of part of the Balkans. The time after 1945 brought the socialist period, with Yugoslavia reunited under the leadership of Josip Broz Tito. His death ushered in the end of this multinational state. Towards the close of the 20th century, a civil war erupted in Yugoslavia. After that, new independent states emerged in southeastern Europe — and with them, new perspectives on both the recent and the distant past.

This exhibition introduces several places of trauma that are connected with the 20th century history of Croatia. The authors of the exhibition visited these places in August of 2018 as a part of the Venues of Victims // Venues of Perpetrators Mapping, Decoding & Processing the Role of Historical – Civic Education in (European) Youth Work project. The goal of this international project was to investigate the state and appearance of the places that remember the significant milestones of modern Croatian history. The exhibition’s authors took part in the project as part of their work with the Department of Education at the Institute for the Study of Totalitarian Regimes.

The exhibition introduces places bound with the history of the Second World War and the Holocaust, the period of state socialism, and the years of the Croatian War of Independence. Along with basic information about the given events and the places where they happened, the exhibition describes how these places look today and discusses their function in society, all without missing the missing the opportunity to see what these places remember — and don’t remember. 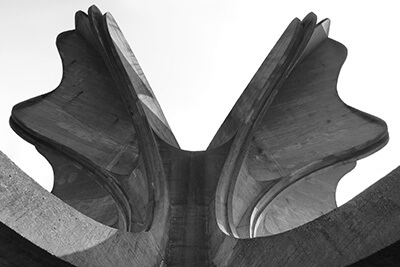 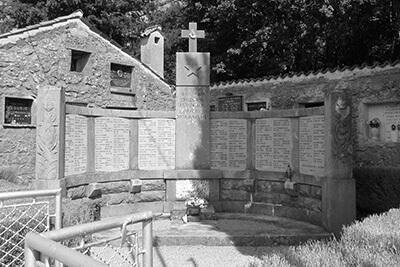 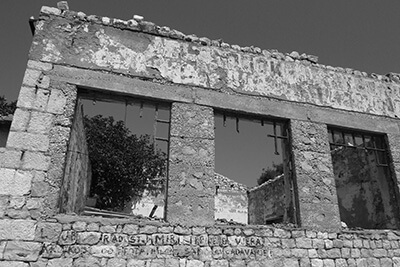 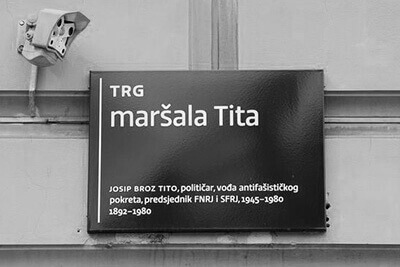 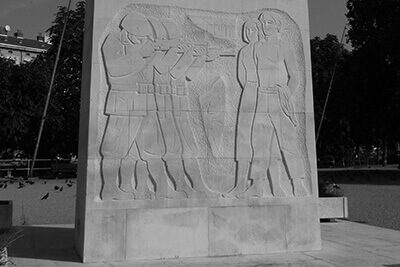