A Memorial Plaque Where the Former Synagogue Once Stood

The memorial plaque on Praška Street is one reminder of the now-vanished Zagreb synagogue, which was built in 1867. Between 1941 and 1942, during the time of the fascist Independent State of Croatia, the synagogue was gradually demolished. This happened on the orders of Zagreb mayor Ivan Werner. According to him, the synagogue “did not fit into the city planning”. In reality, this was a part of the anti-Semitic politics of the ruling Ustaše. In the 1960s, a department store was built on the site of the former synagogue, but it burned down on New Year’s Eve in 1980. Eventually, the location was transformed into a parking lot. Since 1986, there’s been a memorial plaque on the wall of the building next door informing passersby, in both Hebrew and Croatian, about the existence and disappearance of the synagogue. Since that time, there’s been an ongoing discussion in Zagreb about how to appropriately change this place. It’s still undecided whether to build a new synagogue, a memorial to the victims of the Holocaust, or a cultural center and library on Praška street. The place where the Zagreb synagogue once stood is currently serving as a parking lot of the Hotel Dubrovnik. 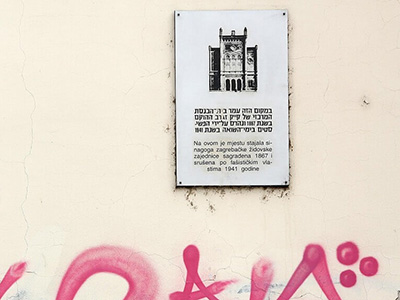 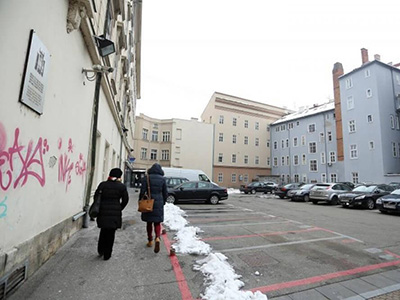 Even today in Croatia, we could find about thirty streets or squares still bearing the name of Josip Broz Tito. Places bearing that name, though, have been disappearing in recent years. Even the capital city of Zagreb offers one example. Zagreb’s Marshall Tito Square was renamed as the Republic of Croatia Square in June 2017. Heated discussions and demonstrations accompanied the name change, reflecting the conflicting positions that Croatians hold towards socialist Yugoslavia’s leading figure. Whereas one person sees Tito as a dictator and a criminal, another sees him primarily as a partisan liberator and a political leader known around the world. Croatian society is also regionally split in this regard. On the Istrian peninsula, for example, where you’ll find the majority of the remaining streets and squares named after Tito, a positive view on the Yugoslav statesman prevails. It was, in fact, thanks to Tito that this region was once again connected to Croatia after the Second World War. In the Istrian town of Opatija, then, we can still walk down Marshall Tito Street, while on the map of the capital city we would only look for his name in vain. 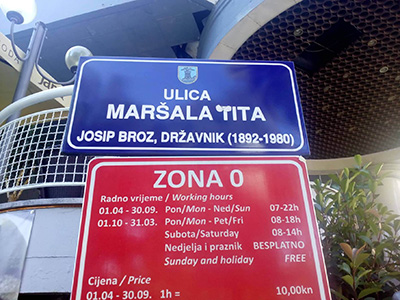 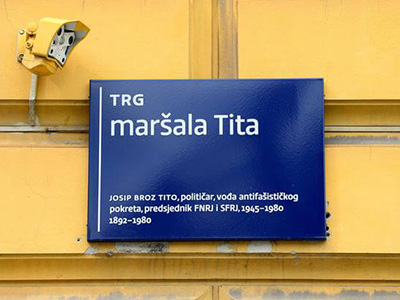